The press release issued by GGH announced that the company will abandon pursuit of the Pintail Landfill permit on the property along Hwy 6 near Hempstead, bringing welcome news that CALH and its many supporters have been waiting to hear for a long time. Based on past experience, however, some will not feel totally at ease until the property is sold by GGH and a beneficial use for the property is found. Nevertheless, it does appear that CALH’s members and supporters have achieved the near impossible and a huge victory for our small, determined community by never accepting the ‘It’s a Done Deal’ argument.

The Landfill hearing that shouldn't be happening

The Buddy System or just a big fat coincidence?

A Message to Hempstead

Citizens Against the Landfill in Hempstead 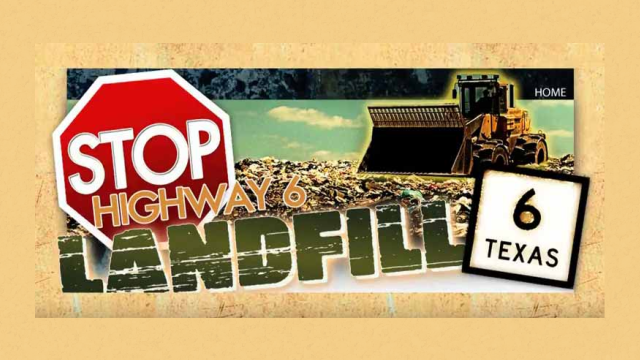 Citizens Against the Landfill in Hempstead (CALH) has been fighting to prevent the Pintail Landfill project, proposed for a 723 acre property called the Rainey Ranch, just one mile north of US 290 on Hwy 6, near Hempstead, Texas.